I had been resisting the urge to publish a commentary on all the ‘Cloud’ hype out there..   Until now…

As others have pointed out, a cloud used to be the standard image for ‘the external network’ in slide presentations going back to the pre-web days of the 80s..

I should know, because I created many such slides, and presented then to customers, on a regular basis! 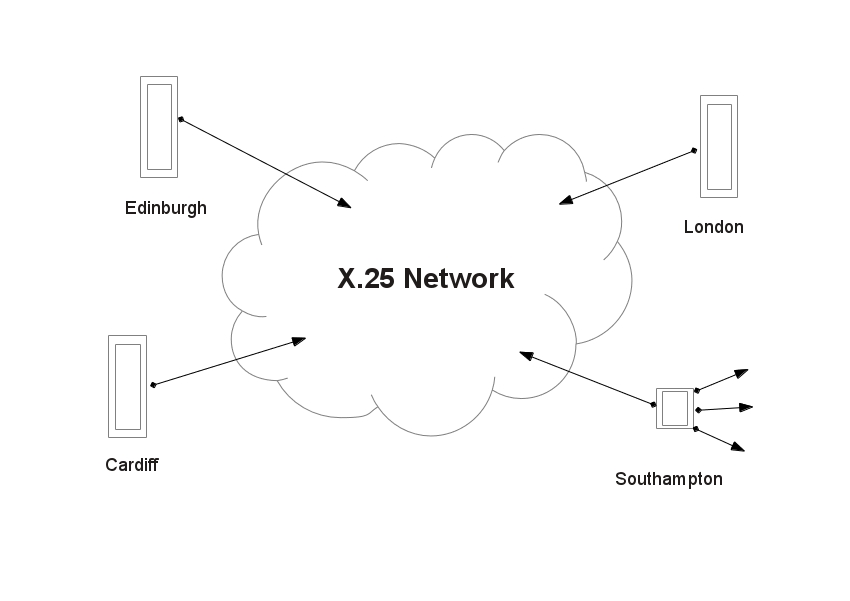 It seems that every IT-related company feels it has to have ‘cloud’ somewhere in its offerings, to appear to be up-to-date, and ‘relevant’, in today’s internet-enabled marketplace, in the way that products and services had to have an E- prefix in the early 90s, and an i- prefix later..
There used to be something called web-based-services, in the late 90s, which seems to be the – more basic – origin of all the ‘cloud’y offerings today..

Companies may be seduced by the apparent efficiency and cost savings of ‘clouds’, but the fact remains that they should still be very worried about age-old concerns, such as security, privacy, and reliability..    Trusting your companies’ essential and proprietary data to a third-paty – however famous – would seem to be a business risk too far..   Companies used to promote their ‘five-nines’ reliability for data, but that would seem to be – in practice – impossible to achieve with any external ‘cloud’, however sophisticated..

The cloud concept is ideal for consumer-level engagement, where your company can offer storage to ‘the public’ for their photos and other items, accessible from multiple devices, and for commercial sales and marketing, where you actually want more people to get easy access to your stuff!

One place where the ‘cloud’ concept does make sense for a corporation, is internally, on their own, private, intranet.  Once again, this is not a new concept, and many companies were using internal intranet-based collaborative services years ago, long before the c-word was even though of in this context..    This may be more appropriate in the modern world of BYOD (Bring Your Own Device), where – for better or worse – employees are bringing their own, personal, devices into the corporate environment..   I remember the times when deliberately bringing a camera into work was potentially a sackable offence, and there was a time when a few mobile phones were available without a camera, but now the smart-phone and tablet phenomena presents companies with a potential security nightmare.